History of the Endowment 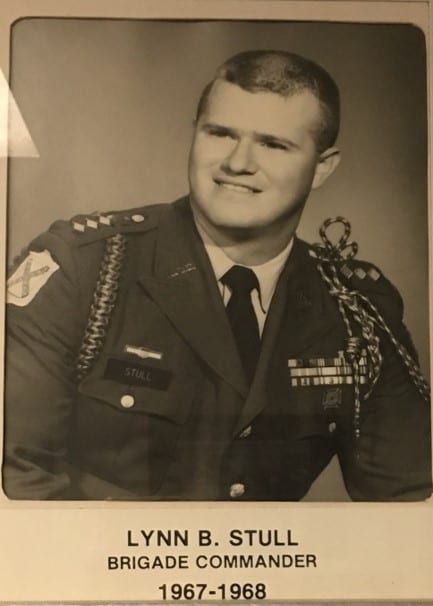 Colonel Lynn B. Shill was born in Fargo, N.D., the son of the late Ainslee "Jack" and Virginia Stull.  He was the loving husband of Carol B. Stull. Colonel (R) Stull served honorably in the United States Army for 31 years, first receiving his commission in 1968 from Georgia State. As a career Army officer, he served as an infantry officer adviser in Vietnam, an ROTC instructor at Georgia State, in 5th and 1st Special Forces Group, Alternate Specialty Foreign Area officer, director of Asian Studies U.S. Army War College and as Defense and Army attaché to Malaysia. He retired in 1999 from the Army and ended his career working as a defense contractor with Special Operations Command.

Colonel (R) Stull is a role model for ROTC cadets. He embodied the Corps' highest qualities of command, leadership and professionalism, serving his country with honor for 31 years.

Fill out our Prospect Questionnaire so we can better assist you.

To inquire about having the Color Guard at your event, submit a request form.

Send this to a friend